I find it really cool when a musician takes the time to create songs that can appeal to music-loving families with young ones.

To me, today's haphazard discovery is a really fun gem, and I want to share it with any parents out there whose children might get a total kick out of this:

I got this from a buddy of mine:

Got nowhere to go and you want to see major cities of the world?

The first few seconds I got a fuzzy screen but then the picture came on and it might happen again when you change cities - over on the top right you can turn the street noise on, set the speed limit, etc.

Because you can't travel, go to this site, and have a look.

You can set the speed of the vehicle, street noise, music and visit the world while still sitting at home.

You can drive in 50 cities around the world and spend as much time in any one of them driving.

Pick the city of your choice from the list in the upper right.

Travel while staying home…. obey the speed limit, and don’t pick up hitchhikers ;-).

Do a search for that on the web and read all about it.  This article by Sasha Brady at LonelyPlanet.com (May 6 2020) describes the app quite nicely.

Please find my own screenshot "drive" below. 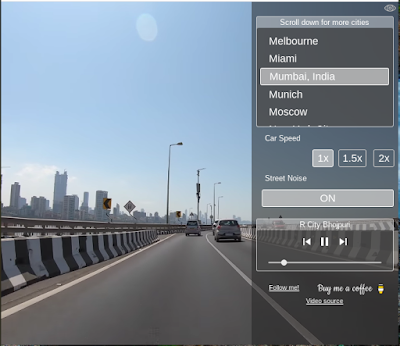 Preserving Analog Video by Converting to Digital, with a Chromebook ?

Who knew such a thing is possible?

Oh what an intertwingled journey to figure that out.

For almost two decades, I've been trying to figure out an easy and budget-friendly way to backup/preserve years of precious family moments all on Hi8 video camera footage.

Although I tried, repeatedly by unsuccessfully, to create DVD backups with a DVD player/recorder, I had to give up on that idea.  To me, the results were not all that great, and the process was much too tedious: no joy in it at all, and the thought of in the future backing up each individual DVD depressed me silly.

I then considered the purchase of a powerful enough computer, Windows or Mac, for digitizing the video tapes.  It did not take long for me to discard that idea.  Despite my whole career thoroughly enjoying creation of business applications for Windows with Gupta Team Developer, I am a Chromebooks-only-at-home kind of fella.

After a several-years-long break from the problem of digitizing my camcorder tapes, I started looking into it again last week.  Very haphazardly, I found this very interesting YouTube video:

That's a really informative video, well-worth the time to watch.  My take-away from that information:

At first, knowing it is impossible to install drivers (like software of any kind) for hardware on Chromebooks, I thought this was a dead-end solution.  There are stand-alone (i.e. no computer required, save right to SD card) HDMI video-capture devices, but I find them expensive.
Then it occurred to me: an external web cam works fine via my Chromebook's USB port as-is (i.e. no software required), and an HDMI video-capture card is just feeding video to a computer's USB port, so why wouldn't that work?
I wasn't overly optimistic because every product I looked at stated a need for either Windows, or Mac, or Linux.  I decided to do some searching and found this one and only very informative video on YouTube:
How to Live Stream & Capture Switch Games
on a Chromebook & UVC Capture Card!
After viewing that, I immediately visited Amazon.ca and ordered the following two items which I received yesterday (related amazon.ca links below each image): 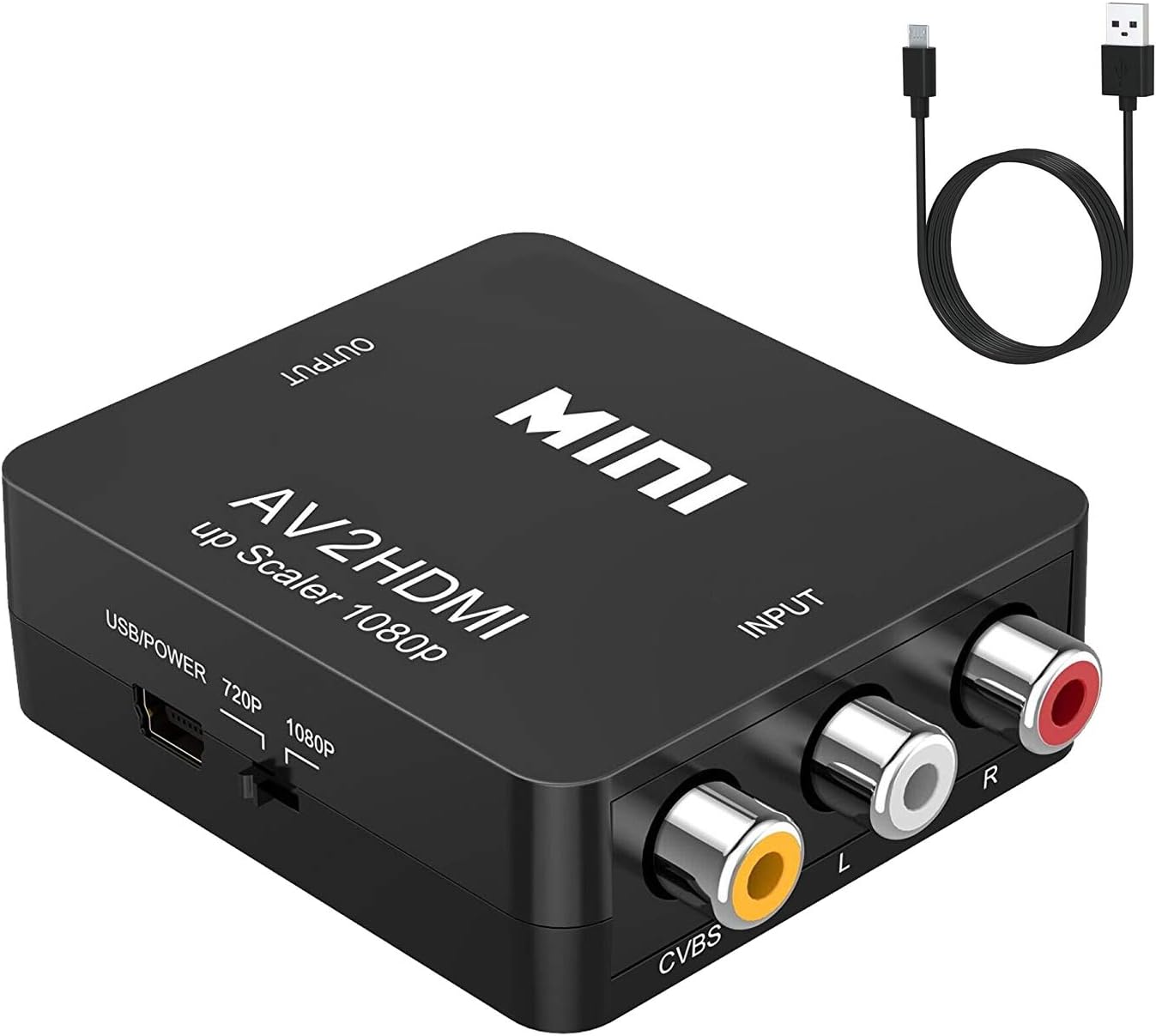 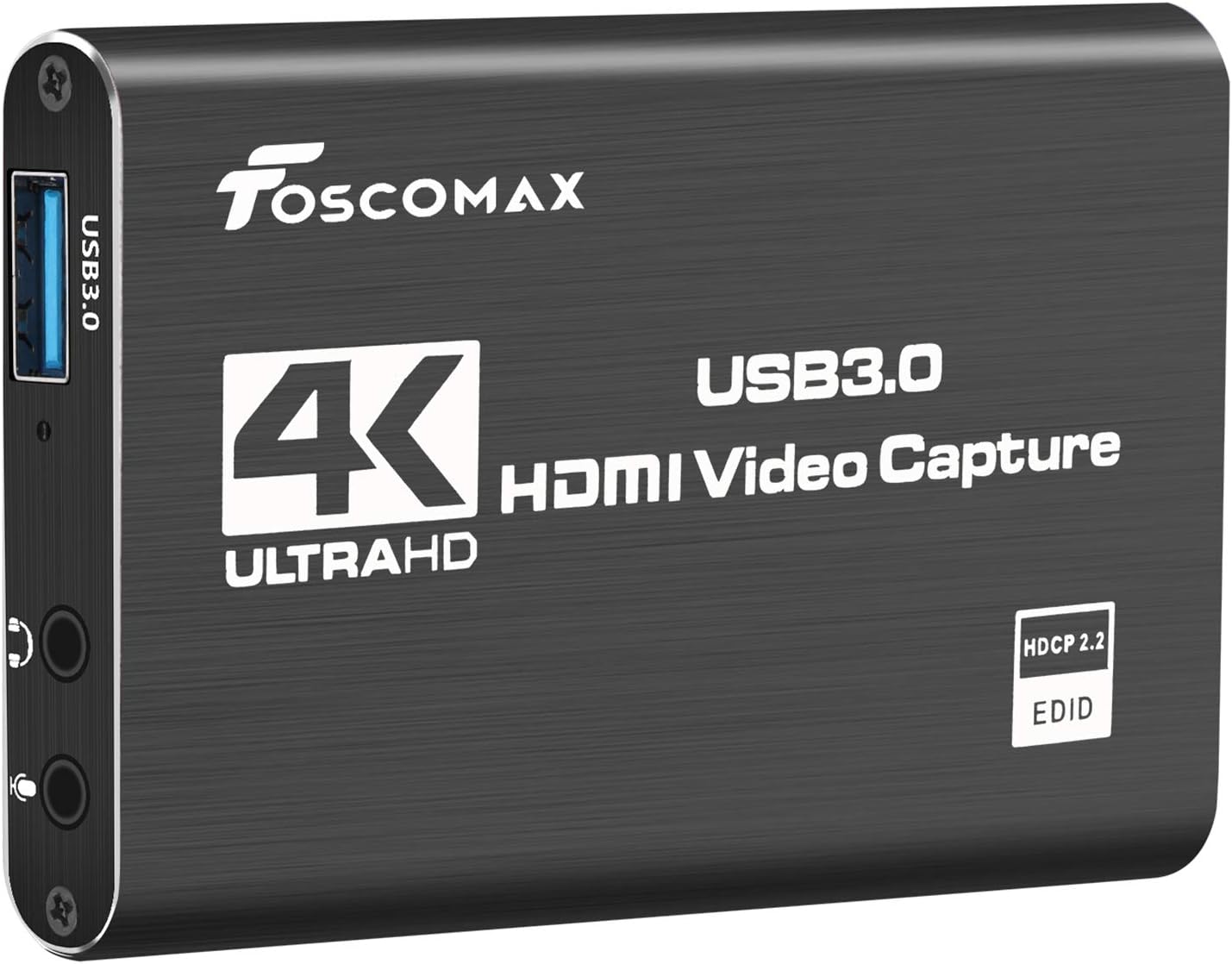 Foscomax Video Capture Card, 4K HDMI Capture Card USB 3.0 Game Capture Card 1080P 60FPS Video Converter for Live Streaming/Game Video Recording/Screen Sharing/Live Conference
It works!  I tested digitization of a 5 minute video segment today after testing, last night, capture of output from an inexpensive video game console.
Because Chromebooks don't have that much storage space, I immediately ordered a large and fast SD card and will start some serious video conversion when it arrives.
Find further below image and amazon link for the SD card I ordered, and my first test of this equipment to capture a little bit of Coleco Head to Head console gaming.
I'll post about the experience of converting my Hi8 video tapes to digital after I've done a few.
Cheers !

Email ThisBlogThis!Share to TwitterShare to FacebookShare to Pinterest
Newer Posts Older Posts Home
Subscribe to: Posts (Atom)
Intertwingularity, coined by Ted Nelson, expresses the complexity of interrelations in human knowledge.
"Hierarchical and sequential structures ... are usually forced and artificial. Intertwingularity is not generally acknowledged—people keep pretending they can make things hierarchical, categorizable and sequential when they can't." - Ted Nelson